Between Yearning and Obsession 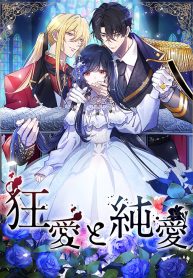 Julia, a lowly servant from the marquess’ estate, has no idea how she lost the ability to speak. With no memories before the age of twelve, she’s simply been told a certain incident traumatized her. While everyone treats her harshly at the estate, Julia has been able to barely survive with the help of Camille, the second son of the marquess. Camille even helps her speak again using his special power, “Arcana.” However, that’s when the jealous servants plot against Julia and throw her out of the estate. The duke’s eldest son, Glen, stumbles upon injured Julia and takes care of her. Now, between Camille’s obsessive passion and Glen’s genuine affection, which one would Julia choose?