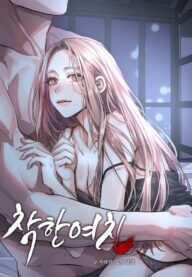 “She’s nothing more than a dead body without Park Haesoo.” The famous novelist Park Haesoo and travel writer Kye Yeowool has been in a relationship for 12 years. Yeowool, hidden in the shadow her boyfriend’s fame – even wearing a ‘Park Haesoo’s girlfriend’ nametag around her neck – wishes to become known just by her name. At that time, she was given an offer to guest on a TV show. This is a golden opportunity for Yeowool who wants to shine on her own. But right there, an attractive younger man appears and approaches Yeowool…?

And the boyfriend is Cheating!!!!! That’s why i don’t want be a single Forever!

And he said he’s “not hurting anyone” bullshit he’s not. But I guess for now he’s not “hurting” anyone.