My Ex-Husband Became the Male Lead 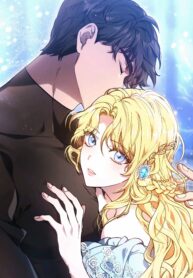 Lena Cornelli was executed along with her husband, whose rebellion failed. She reincarnated as “Asha Bliss”, a side character who was a mage in a novel she enjoyed reading. While she was living as quiet as a mouse without tampering with the original novel, she was commissioned by “Kaligo Etos”, the strongest person in the Karahan Empire as well as the male lead of the novel, for an aphrodisiac one day. “Kaligo, what are you doing here?” Her surprise at the familiar face only lasted for a moment— “May I touch you like this?” In contrast to the previous indifference, he got straight to the point without fear. What in the world happened to her once austere and indifferent ex husband? Their marriage was awful in their previous life, but could it be different in this one?

Dude. Okay, first time i ever had read a story where a married couple reincarnated together into a novel. Thats very new.

That our husband still wants to be with his wife and not be the ml of the novel is so good.

. Ml original novel person was friends with the crowd prince but both where playboys and total jocks and bad influences but transmigrated ml is nothing like that, ruining the bff friendship between them is interesting.

Don’t be so harsh!

Princess to the Rescue!