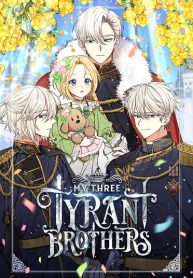 Summary: The slaves are all given the name from the days of the week. Therefore, as a slave, she was called Wednesday. When she was on the verge of dying, she was found by someone. The next moment she opened her eyes, she was told she had three older brothers. She was also found out to be the key to reverse the curse of the Askanier Imperial Family. They told her: “You need to be healthy enough for your clothes to feel tight, to the point where you can no longer wear them. That is your first task.” “Don’t worry, kiddo. All the bad guys will be punished by your brother.” “You look like a chick. Small and weak. I’ll protect you.”

But the thing is, why are those tyrant brothers so nice to her?

Dear Fairy, Please Contract With Me

As The Lady Wishes

Chief Of The Novice Village