Now I Will Take the Emperor’s Heart 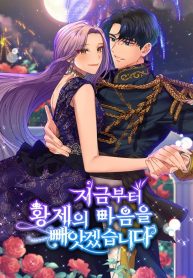 In her previous life, Ra Hyun had to die because she had arrhythmia. She was begging so hard to have a second chance to live her life and eventually, the god has listened to her prayers. She had a chance to reincarnated to live again as Daphne, a girl from the Fiant Empire. However, this comes with a mission. Ra Hyun had to somehow win the emperor’s heart in order to be able to return to her original world.

In the end, can Rahyun do so?

Why Are You Doing This, Duke?