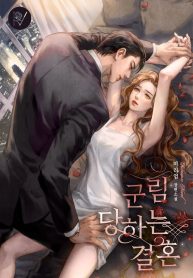 This marriage was business. It was not a combination of Cha Kang-hyuk and Yoo Eun-Seo, but a combination of Samwoo Shipbuilding and Yuseong Heavy Industries. There was no erotic desire for an arranged marriage for the sake of the soul. But one day… My husband, who was only cold, turned into a beast. “I didn’t know you were such a lewd woman. If you need a man, tell me sooner rather than later. I would have been happy to embrace you.” The ingrained voice, cracked by excitement, contained a strong desire for Eunseo. A destructive and wild desire to have her wildly, roughly, and violently.

The cover its so beautiful but u read now normal manwha

The Way to Protect the Female Lead’s Older Brother