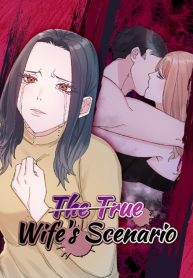 Former theater actress Asumi gets married to Ryouhei, and she does everything to support him on his way up to becoming a popular screenwriter. But a rift forms between them as she toils away at housework and child-rearing, and he gets busier with work. Asumi believes Ryouhei’s successes are thanks to her support, but one incident leads to her finding out that he’s been cheating on her. Crushed by her husband and his mistress’s tricks, Asumi prepares for a revenge plot that involves the whole drama industry…!