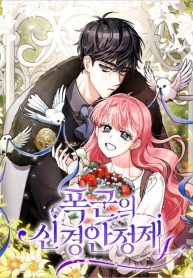 The next moment she opens her eyes, she has been turned into a character of the novel that she criticized not long before. She became Amelie, who died very early in the story to become the trigger and the trauma for the heroine.

But she’s scared to. Her life was still long and she did not want to die at all. Therefore, she decided to run away to escape the fate. Just when she came back to her family to bid her final goodbye, she met the Emperor there by chance. Being caught off guard and scared, she turned into a bird by magic and eventually got carried back to the palace by the Emperor. What’s going to happen to her now?

Chief Of The Novice Village

I Can’t Date a Fictional Man!